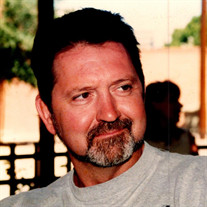 Tom was born in Gary, Indiana July 6th,1949 to Gus and Phyllis Mavronicles, now deceased. Also preceding him in death, were his brothers, Gus Mavronicles, Jr and Charles Mavronicles. His brother Edward, resides in Michigan City, Indiana. He married his wife Ruth Raska Mavronicles August 25th, 1973. He adopted Ruth's daughter, Danielle, 2 years later. Bethany Joy was born December 16th,1976 and Brooke Diane was born March 22nd, 1980. His girls were the light of his life. Ruth and Tom have one grandson, Rowan, residing in Ohio and 3 granddaughters, Ellie, Sophia, and Harper, who live in Minnesota. Tom lived in Northwest Indiana until August 2021 when they moved to St. Petersburg, Florida. Tom earned his bachelor and masters' degrees from Purdue University and was president of the NW Indiana Chapter of the Purdue Alumni Association for many years and presided over many events and outings that resulted in fellowship and lifelong friendships. He worked for many companies over the years as Director of Safety. In doing so, with his knowledge, experience and communication with people, he was able to save his companies many millions of dollars and save many individuals from death and injury. This work and his children were his final Legacy to the world. He and Ruth brought the family and many friends together for annual reunions and Christmas Celebrations. He was tireless in all pursuits. He will be sorely missed by family, friends and coworkers. May he rest in Peace, still knowing that his NEW job is protecting and watching over us as our Guardian Angel. He will be great at it!

The family of Thomas James Mavronicles created this Life Tributes page to make it easy to share your memories.

Send flowers to the Mavronicles family.