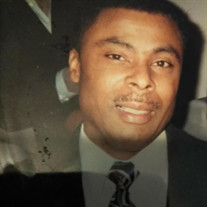 Rudolph Valtino Bliss was born to Harriette & Sam Parker Bliss in Providence Rhode Island on October 8, 1947. He was raised in Providence and completed his high school education there. After graduating, he joined the United States Coast Guard,... View Obituary & Service Information

The family of Rudolph Valtino Bliss created this Life Tributes page to make it easy to share your memories.

Send flowers to the Bliss family.