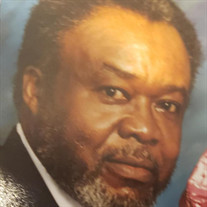 Jerome Thompson passed away on July 6th 2020 at St. Anthony’s Hospital in St. Petersburg, Florida where he has resided with his wife Mrs. Kay Hopkins Thompson since 2001. Mr. Thompson was born in Dothan, Alabama on November 12, 1934, where he attended elementary school but at the age of 9 years old he moved to Tampa, Florida where he attended Don Thompson High School. In 1954, Jerome enlisted in the U.S. Air Force where he was an Aircraft Mechanic traveling all over the world. Upon retiring from the US Air Force, Jerome returned to Tampa where he received his A.A. degree from Hillsborough Community College, a B.S. in Criminal Justice from the University of South Florida and a Masters in Public Administration (MPA) from Golden Gate University. His career following college began at the Hillsborough Detention Center before moving on to the Department of Juvenile Justice as a Probation Officer counseling students who attended an Intensive Learning Alternative Program. Jerome transitioned to the Department of Children Services where he was a unit supervisor in Tampa, Florida for Aging and Adult Services for many years, and then he relocated to Tallahassee, Florida where he became the Program Specialist for Day Care Services in Tallahassee. After 22 years of working, Jerome retired from state government then moving to St. Pete, Florida. Jerome was an avid reader, a lover of history, a wine maker, a master at crossword puzzles in local newspapers, an antique collector of everything but primarily vinyl records, antique radios and catalogues of black westerns movies. He loved yard sales and flea markets where he made purchases, some to re-sell at his booth at the Tallahassee Flea Market and some to keep. He was a lover of music, mostly blues, jazz, reggae and soul music in general. In later years, he joined a local group of dominoes players where he played daily at the lake. He was the father of six children, Amani Walker, Veatryce Brown, Kevin Thompson , Jomo Thompson, Kimberli Meadows and Omari Thompson. His pride and joy was his 7 grandchildren, 11 great grandchildren and 7 great- great grand children with whom he emphasized education as the key to success in life. He was predeceased by his parents Roosevelt and Macie Dell Thompson, and son Jomo Thompson. He is survived by his loving wife of 40 years who was by his side at the time of his transition, Mrs. Kay Hopkins Thompson. Surviving him is his adopted sister Margaret (James) Love; brother Louie (Ida) McRae; brother in laws, Amos and Colby Hopkins, Jimmie Baker, Berdell Jones; and sister-in-laws, Katherine Chisolm, Betty Beeler, Vera (Jimmie) Baker and Arelia Parker. He also leaves behind his 5 children, 11 grandchildren, 7 great grand children and 7 great great grand children children, a host of grieving nieces, nephews, cousins, friends and special family members: Eleanor, William, Rosie, George, Billy Ray, Deborah, Timothy, James, Elijah, and Linda. In memory of Jerome Thompson please send flowers to Sanchez Rehoboth Mortuary or make a financial donation to: College Fund of Pinellas County P.O. Box 673 Clearwater, FL 33757

Jerome Thompson passed away on July 6th 2020 at St. Anthony&#8217;s Hospital in St. Petersburg, Florida where he has resided with his wife Mrs. Kay Hopkins Thompson since 2001. Mr. Thompson was born in Dothan, Alabama on November 12, 1934, where... View Obituary & Service Information

Streaming of service can be found at: https://www.facebook.com/sanchezmortuary/ Due to COVID-19, face masks required and social distancing enforced.

Send flowers to the Thompson family.