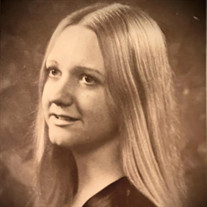 Doreen Carol Lewis, 64, of St. Petersburg, FL died unexpectedly on November 30. Born on January 16, 1957 in Wyandotte, MI to Roy and Irene (LaPere) Deason. Raised in Southgate, MI, she was the third of four children. During her adolescence, she was a studious student and accomplished musician playing the trombone. One of her fondest memories was visiting Switzerland with her bandmates to study concert music at the Revelli International School of Music. She was a proud member of the Class of 1975 of Schafer High School. Shortly after graduation, she attended college briefly then toured the United States. It was during this nomadic period she met her future husband in Colorado during a church service while visiting a close childhood friend. They quickly developed a long-distance romance and married in 1978. Her journeys eventually brought her to New Bedford, MA where she lived for three decades. Over time, she became enthralled by the rugged landscape and historic charm of New England. Doreen vigorously pursued a career in the banking industry spanning over 30 years, having held various positions, her last one being a BSA Coordinator for Sovereign Bank. She was fascinated by the scope of fraud investigation and became greatly inspired by the energy and talent of her colleagues. In her leisure time, she was very passionate about adopting animals, traveling, watching movies, cooking, and, of course, spending countless hours with family and friends. Her curiosity never ceased as she was a voracious reader of astronomy, history, biography, and science fiction. As a lifelong humanitarian, she avidly supported organizations including Children International, ASPCA, and most recently, Friends of Strays. In 1994, she ventured to the Dominican Republic by herself to meet her beloved sponsor child Nancy. She is survived by her husband, Bill Lewis and son, Brandon Lewis of St. Petersburg, FL; stepdaughter Donna Lewis of Chestnut Hill, MA and stepson William Lewis III of Dighton, MA; siblings Bruce Deason of Brownstown, MI, Vickie Webb and her husband Joe of Olive Branch, MS, and Dean Deason of Ferndale, MI, along with several cousins, nephews and nieces. Charitable contributions can be made in her memory to Friends of Stray at https://friendsofstrays.salsalabs.org/donate/index.html

Doreen Carol Lewis, 64, of St. Petersburg, FL died unexpectedly on November 30. Born on January 16, 1957 in Wyandotte, MI to Roy and Irene (LaPere) Deason. Raised in Southgate, MI, she was the third of four children. During her adolescence,... View Obituary & Service Information

The family of Doreen Carol Lewis created this Life Tributes page to make it easy to share your memories.

Send flowers to the Lewis family.